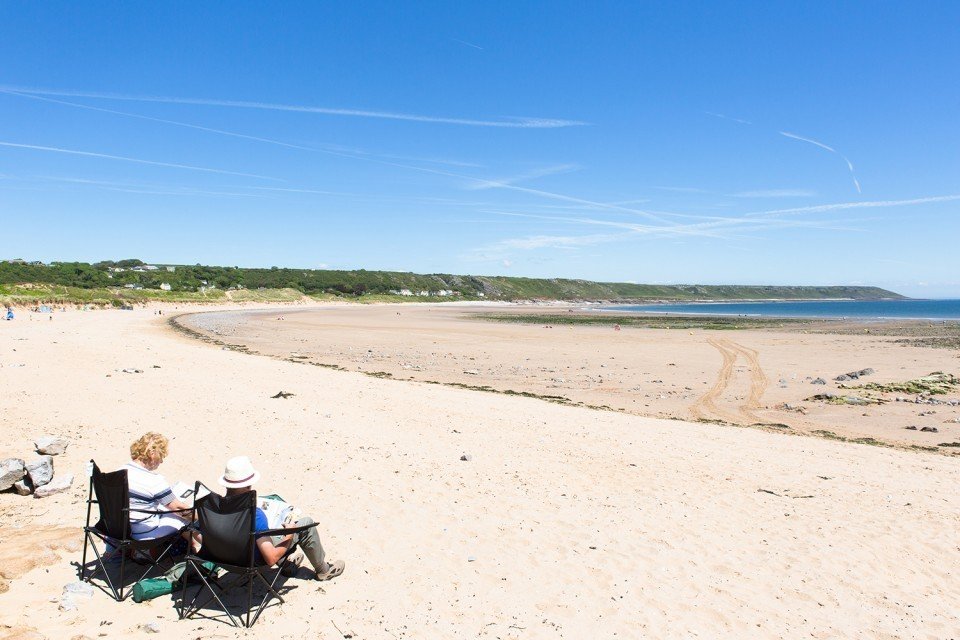 Just short of a minute's walk away from the cottages, Port Eynon Bay is a family-friendly, stunning, sandy paradise. With excellent accessibility, delicious places to eat nearby and three quarter's of a mile of golden sand accompanied by dunes - it's no wonder, that it's one of Gower's most popular choices!

What's there to do?
Boasting a wide variety of watersports, from diving and sailing to surfing and stand-up paddleboarding, there is always something to do. Lifeguard patrol in the summer makes it an obvious favourite amongst families. If watersports aren't your cup of tea - don't fret! There's plenty more to be done. For example, you can follow a series of paths up the headland to Port Eynon Point for a magnificent view. If you're eager for more, you will appreciate the five-mile walk along the coastline to Rhossili Bay which offers breathtaking sights. On the east, shorter walks to Oxwich Bay are also equally enchanting.

A little history
During the 1800s the village was home to oyster fishermen, mariners and quarriers. On the way to the headland, you will see the 19th-century lifeboat station (a youth hostel now) and the ruins of the Salt House, dated back to the 16th-century. Further ahead is Sedges Bank, from which you can scramble over rockpools to Skysea at low tide. West of the headland is Culver Hole, a man-made cave said to be used as a smugglers' den in the past. Allegedly, it was a part of the long-lost masonry castle, Port Eynon Castle, as a dovecote.

Having won multiple awards - the Blue Flag, Best British Beach in the Cadbury Flake 99 Great British Beach Awards of 2011 and Seaside Award - it's nothing but perfection. So, what are you waiting for? Book with Croft Acre Holiday Cottages, to explore the picturesque Port Eynon bay.